A downloadable game for Windows and macOS

A light-puzzle metroidvania set in a factory that came to a screeching halt many centuries ago. Explore what remains, and help fix the abandoned facility. 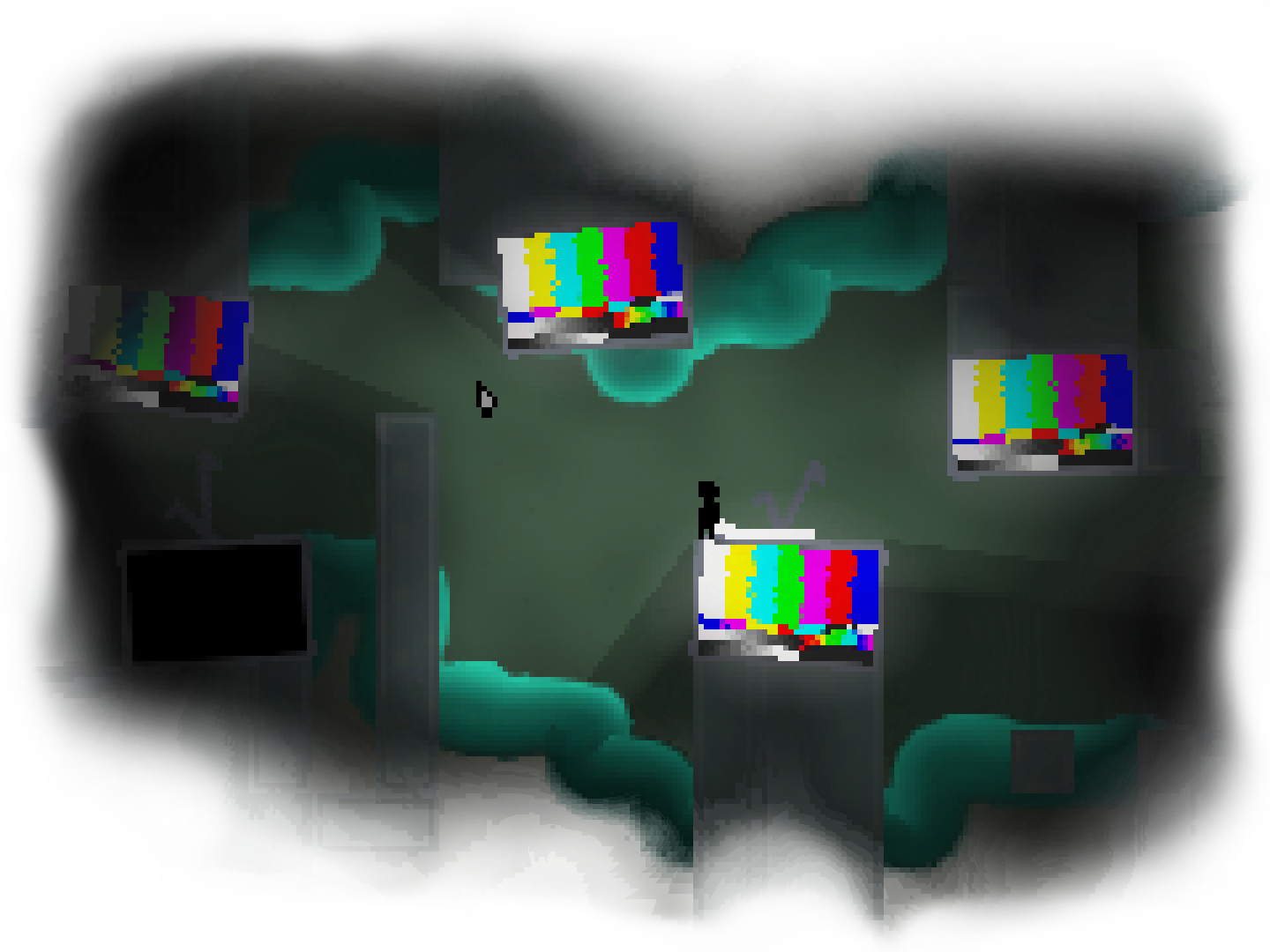 With the help of some ghosts and lots of moving blocks, rebuild the legendary giant robot 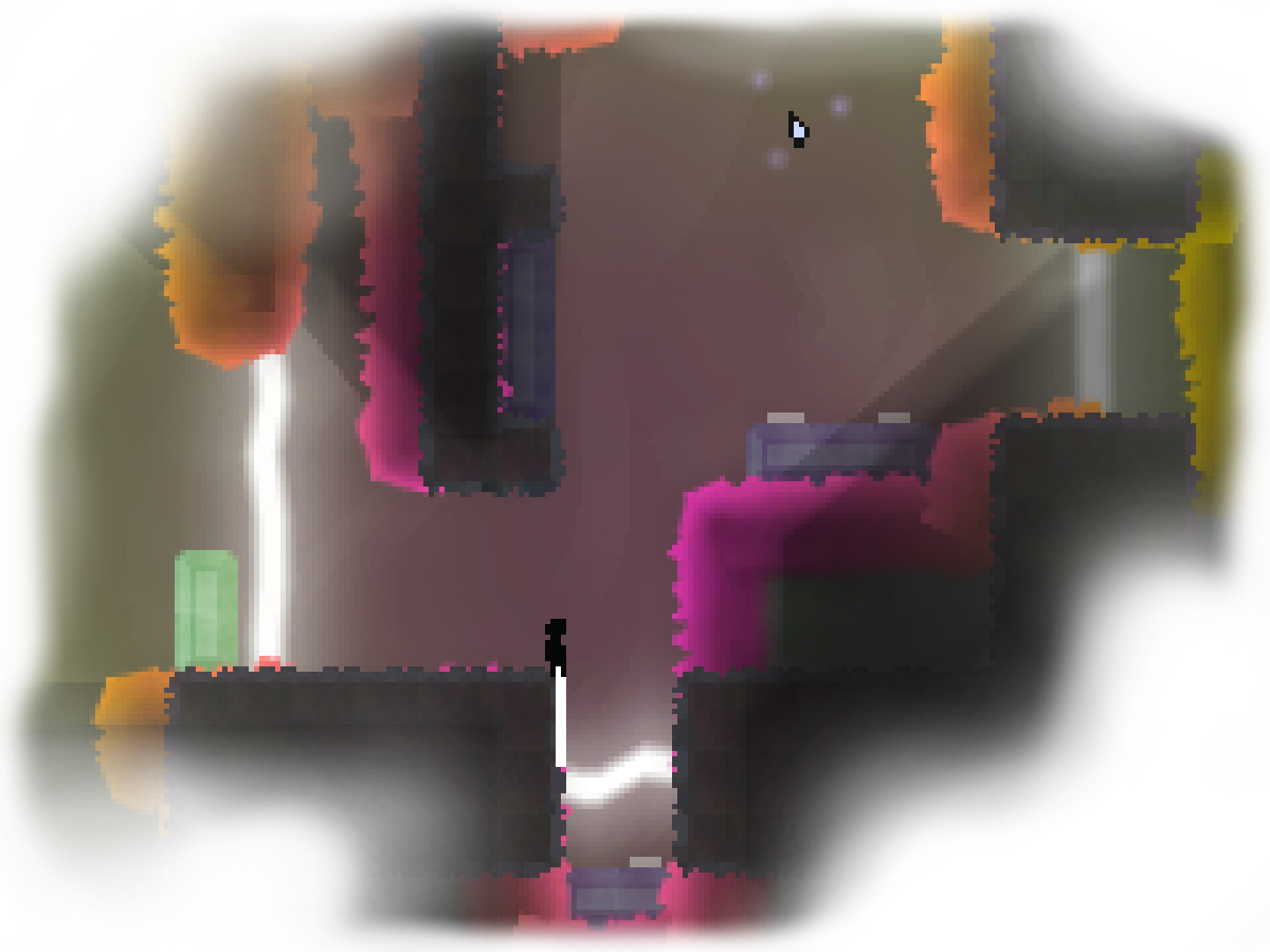 A game by JUSTCAMH, made in 1 month.
Music by ClockMaker and sound by Dim

Anyone else here wanny help me kepp count on how many great games this guy has started and developed pretty far but jsut suddenly decided to go "fu ck it" and not develop them any further, infinite hiatus, to "focus on other newer and better games"?

Are we gonna get another
"

This game isn't being developed further, sorry. You can still play the demo, which is available below. tis' a shame, though it's important to move on to newer and better projects."
here sooner or later too? >:-(

I refuse to replay this game until either it's improved far enough to include a save feature or until it is abandoned, just like that other great game that was brutally murdered off :'-(

This one is definitely abandoned, super sorry about that! Making such a huge game in such a small time resulted in some... messy code and hacking a save system on top just wasn't feasible. And whilst I wanted to fix the hundred odd bugs and issues in the game, I lost steam on that as loading times in the unity editor increased to ridiculous proportions (it seriously takes 10 minutes to enter play mode and another 10 to exit. If I want to test something, it takes 20 minutes to do so). This game definitely will not receive an update.

so I best remeber this channel as the one where published stuff is the final product, since it will be abandoned soone ror later without further updates.

jeez thanks for the motivation and support. Appreciated.

looking forward to seeing a save feature enabled :-)

ther eis no map of any sort, is there?
like I have been wondering in ewn places for ages and dont have the lightest idea where I am :-/

Hi, there is a map, but it doesn't unlock until you reach the hub. Sorry that you got lost without it, the first part is fairly linear, but I should've enabled the map sooner...

Yeah, I later on found the construction hub.

Too be the game doesnt save,since after like 3 hours I sitll hadnt explored all the areas (got my first "ability" though which made the electricity areas much easier!), so yeah.

game saving would have been nice.

just replayed the game, probably got further than the first time (can like move 5 or 6 blocks at once, stopped counting. got the first 2 ghost upgrades, have an arm and an leg placed).
well somehow got to the ghost hiding in the top, spoke to him.
Well and am stuck at his "why is mum so mean?" dialogue,
no matter what I press (space, controls, whatever) the dalogue doesnt advance. cant teleport back to the hub either as thats blocked during dialogue.

so yeah, am stuck. as mentioned before a save feature would be quite nice. I highly doubt that i will spent another 2 or so hours replaying up to this point again >:-(

Let me know if you ever implement a save feature :-/ 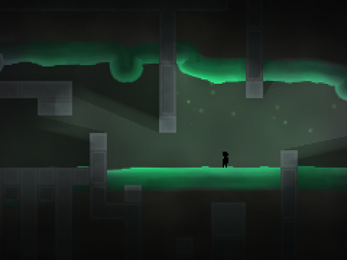 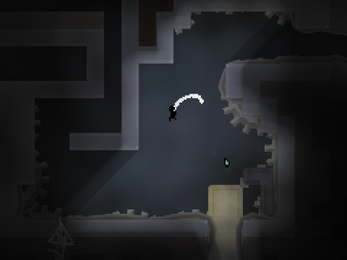 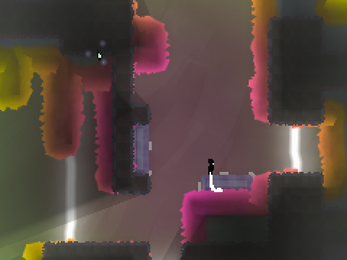 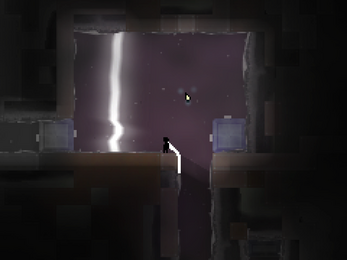